← Herpes Tests Are Bogus
Why Do We Get Cancer? → 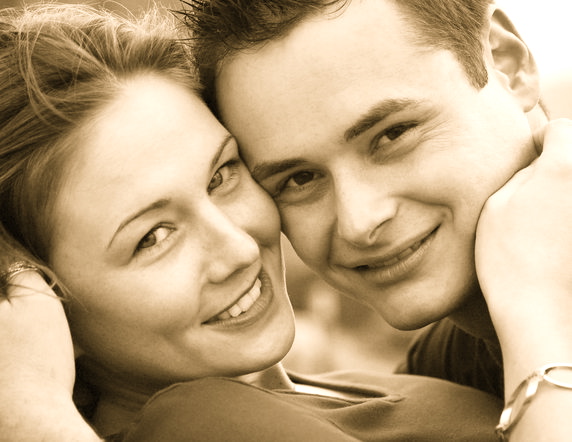 If you suffer from herpes, at one point you might have experienced feeling like you’ve been unfairly turned into some kind of sexual leper now at the mercy of an unpredictable virus hiding in the shadows of your nervous system, waiting to strike at any moment. Most people go through an emotional crisis upon developing an obvious herpes sore for the first time, or getting back a positive test result for herpes, because herpes is for life, right? You are now expected to divulge this information to new romantic partners so they can choose whether or not they want to touch your gross herpes leper body and risk “infection.” Thanks to a rogue scientist, however, it turns out, there’s actually no evidence whatsoever that you’re infectious! You can’t give it and you can’t get it.

According to virologist Dr. Stefan Lanka, Ph.D., none of the medically relevant viruses have actually ever been isolated, and therefore there is no proof of their existence. This includes influenza, HIV, HPV, HSV, and others. In a 2005 interview, Dr. Lanka states that viruses have a supportive role in the interaction of cells, and that they are components of simple life forms and do not exist in complex organisms such as plants, animals, or humans. He also stated in the same interview that antibodies are soluable blood proteins which play a central role in wound healing. I couldn’t find the actual interview where these quotes were taken from (it may only be available in German), but the secondary source is the lecture videos Virus Mania 1 and Virus Mania 2, by Caroline Markolin, Ph.D.

NOTE: I eventually found an English translation of the 2005 interview with Stefan Lanka. You can read it here.

Dr. Lanka also notes that pictures of so called viruses, often found in medical textbooks, can’t claim to show a virus if they do not also provide the original publications which describes how and what from the virus was isolated, and that these original publications aren’t cited anywhere. So what are the pictures of? According to Dr. Lanka, “The photos of the alleged viruses are not showing an isolated virus but cells or cell particles.”

Dr. Lanka has encouraged people not to simply believe him, but to instead ask the medical establishment to provide documentation regarding virus isolation. This was in 2001, I believe, and no documentation has been provided to date. He has been looking into the issue since 1994. Now of course there are going to be people who notice that they should have been exposed to the virus but who don’t show any symptoms, and people who show symptoms but are mystified as to how they could have been exposed. But since it’s taught to us all in our younger years that the infectious herpes virus is just a part of life, a whole viral mythology has been introduced to explain that you can carry the virus and never have symptoms, and you can pass the virus on to someone else even though you’ve never had any symptoms. Even if you’ve never kissed anyone, that cold sore could be from grandma, and if you’re a virgin, it could be a mix up at the lab.

So if there is no virus involved, what’s the freaking deal with your symptoms? Let’s look at it from the German New Medicine perspective. In GNM, skin conditions (any condition involving squamous epithelial cells) are simply biological programs running in the body that relate to some kind of touch conflict, or “separation conflict,” which cause meaningful changes in our tissues to support us through the conflict. The body’s biological programs run in two phases: a conflict-active phase, and a healing phase, where the healing phase generally runs as long as the conflict-active phase. The intensity of healing phase symptoms will directly reflect the intensity of the conflict.

A condition that occurs on the lips or genitals has a high probability of being related to sexual and romantic touch from another person, but can also be caused by things that we don’t want touching us, like a dirty straw, or a rapist. In the case of herpes we can equate the conflict-active phase with what is called the “incubation period” of the “herpes virus,” which is usually 2-14 days. Interestingly, the healing phase, which is where the sores appear, also tends to last 2-14 days on average as well.

In the conflict-active phase, there are no herpes symptoms. In fact, the area where the herpes sores will later appear is actually going through a process of numbing. This is the whole point of the biological program running in your body! To protect you from feeling either the separation or touch you don’t want to feel by numbing you. When the conflict is resolved, that’s when, for some, that magic tingle kicks in and you know the sores are on the way! Either way, the sores are painful and have a purpose to heal the numbed area and return it to normal.

I was introduced to this explanation for herpes at a GNM seminar, and I became so interested in the various manifestations of skin conflicts that I continued to explore the idea on my own. In comparing image search results on Google, I couldn’t help but notice that herpes sores look very similar to another very common condition that also involves the mucosa tissue of the mouth – canker sores. I also noticed that the symptoms of both conditions are virtually identical!

The only difference in these two conditions appears to be the purported causation. Apparently there is no known cause for canker sores, and they are said to not be contagious. However, the infamous HSV virus supposedly causes cold sores, making the condition “contagious,” and you, a virtual leper to romantic partners and prospects. How fun for you!

Now, just because Dr. Lanka has found no evidence whatsoever for the presence of a herpes virus (or any other medically-relevant virus) does not mean that it doesn’t exist. However, if they do, their purpose would be to help reconstruct the body while it’s in healing, as Dr. Lanka has stated, and just like GNM has shown for the role of candida and bacteria in other tissues in the body. So even if one day a herpes virus is isolated, we can rest assured it’s a helpful microbe, and NOT the reason you’re having symptoms.

I have a little anecdote to share regarding herpes conflicts. Years ago, a friend of my ex had kissed one of my friends. This is a very good friend of mine and I had never seen her with a cold sore before. He, however, developed his first cold sore the very next morning! Usually it is stated that there is an incubation period before the sore appears but for him it was instantaneous. He was so pissed! He was convinced that my friend had given it to him. Knowing what I know now, I can see that he was probably in a conflict-active phase where he missed the touch of kissing a woman. Once that wish for contact was fulfilled, he went into healing, and boom! Cold sore.

I wanted to get into the wacky world of herpes testing in this post as well, but it’s getting a bit long, so I’ll save that for next time. However, I will say this: the amount of false positives is of particular concern since not one of the tests offers direct evidence of the virus, only other markers assumed to be associated with the virus. So congratulations to us all! It appears we can neither contract herpes from anyone or infect anyone, and, if the herpes virus does exist, it’s not what’s causing your sores, it’s what’s helping to heal them. I think that’s cause for celebration! Happy Hallowe’en!

“The alleged viruses are in reality micro-particles produced by the body cells themselves.” – Torsten Engelbrecht and Dr. Claus Köhnlein M.D., Virus Mania: How the Medical Industry Continually Invents Epidemics, Making Billion-Dollar Profits at Our Expense

* Disclaimer: I am not a doctor and this is not medical advice.